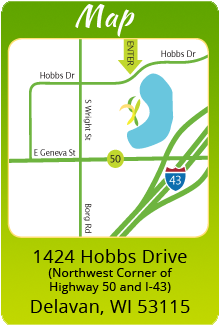 Garden History In 2003 Congdon Park’s quiet pond and small garden experienced an important change with an initiative by the Delavan-Darien Rotary that created what has become Congdon Gardens. The small planting of annuals became a perennial garden with a large fountain as it’s centerpiece.  The fountain is composed of seven granite boulders that signify the seven contents of the world and the water that surrounds them.  It was donated by the family of a prominent Delavan Rotarian. Each year from 2005 through 2014 a new garden area was designed and established.

Funded solely by private donations, Congdon Gardens was designed and developed with the help of outstanding landscape architects, designers and plant men and is maintained by a devoted corp of volunteers.  Congdon awaits your involvement as a donor, a volunteer or an appreciative visitor.  See how you can Get Involved.